Progress on my Riptides - Table ready 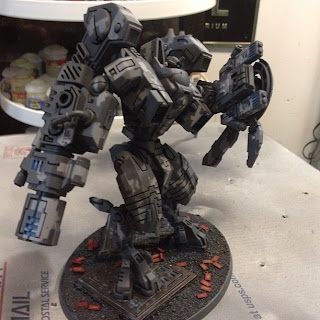 I was able to spend some time this week working on two of my Riptides.  I got enough done so that I can now use them on the table without feeling like schmuck. I usually get an army "table ready" then go back and do tiny details, and weathering.

The nice thing is that with these done I am almost at that point.  I only have 3 broadsides, 2 skyrays (maybe one hammerhead, not sure right now) left to do. 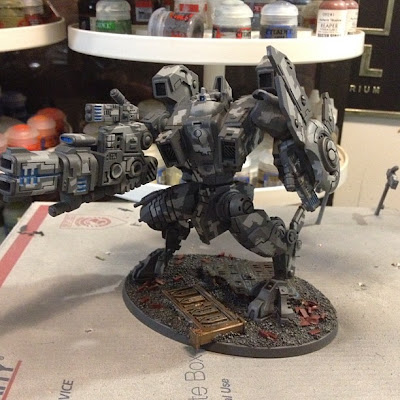 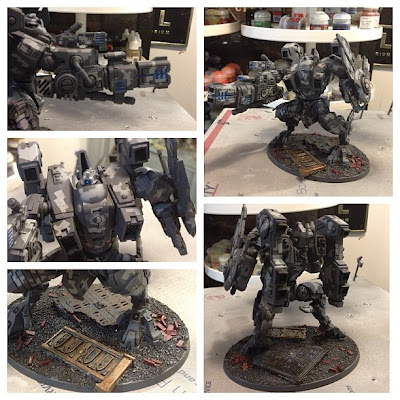 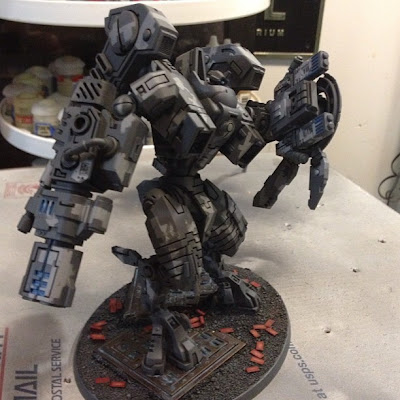 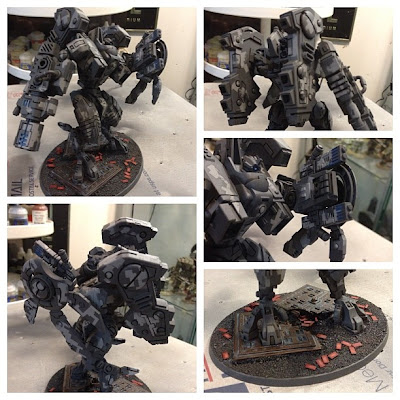 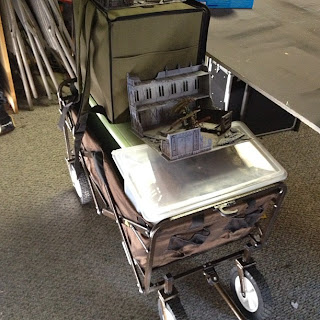 On Sunday, September 1 I played in another Narrative Event that Big Jim put on, this time at Celisticon in Fremont, Ca.  This is one of a series of events he has put on that I have played in.  I once again had a great time.  These events always bringing out some great players and end up being one of the most fun I have playing 40k.

This game was a bit different as we broke into two boards, one 2 v2 and one 3 v 3.  This made for a very smooth game, and we actually finished way ahead of time.  The nice thing is that at this point, a lot of the players are the same, so it is always nice to get to catch up with people I haven't seen since the last event.

I decided to bring my chaos again.  I had flirted with the idea of rushing to finish my Tau, but I just hadn't felt like rushing on the project the last few months.  It was a good decision as not only did I enjoy playing my Chaos it helped reignite my love for the army.


This was the army I brought for the event. 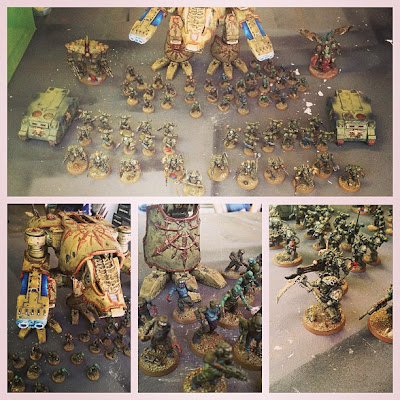 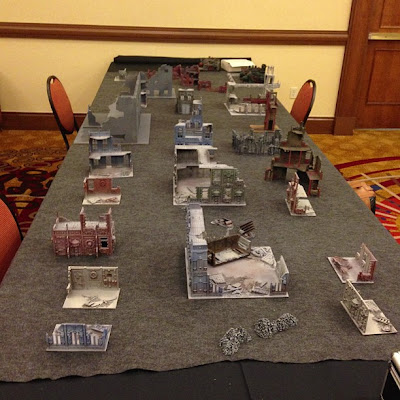 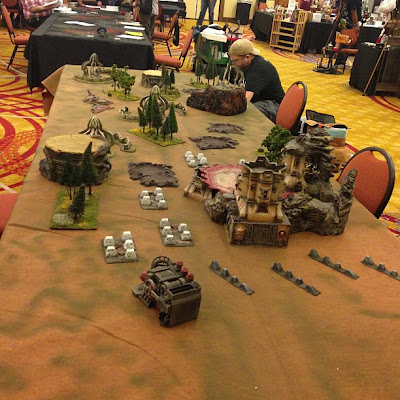 I had such a blast and it was such a whirlwind I really didn't take a ton of great pictures, though I did have take some. 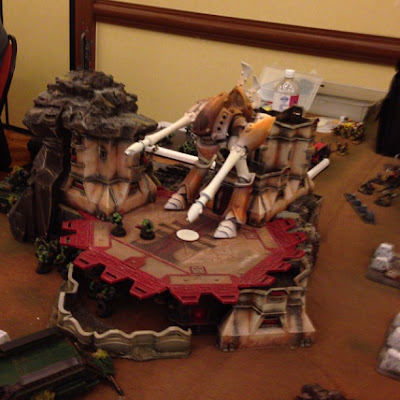 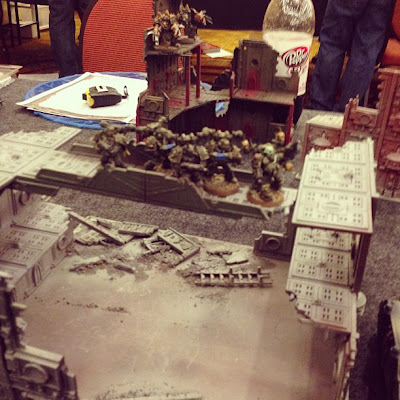 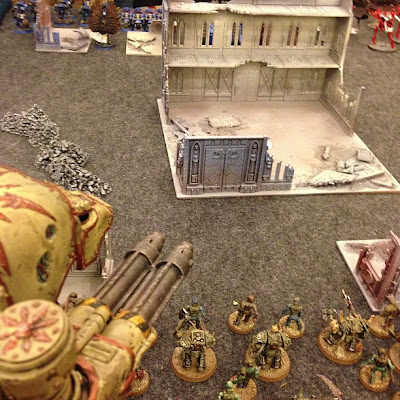 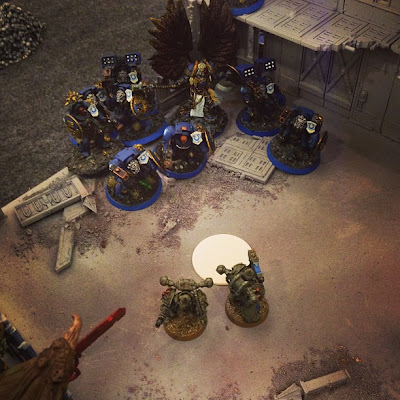 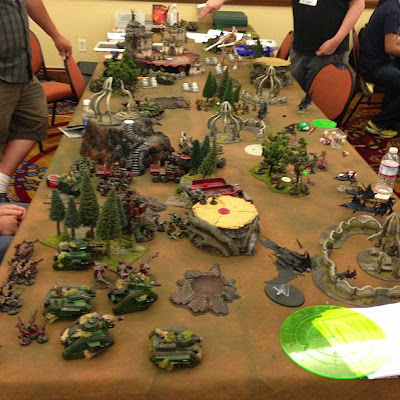 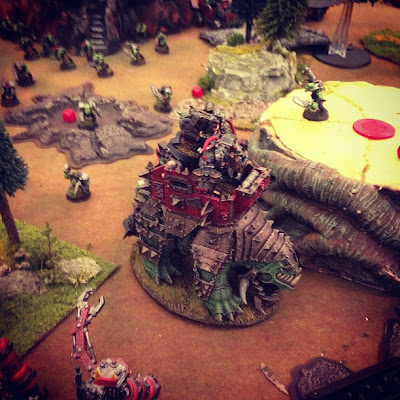 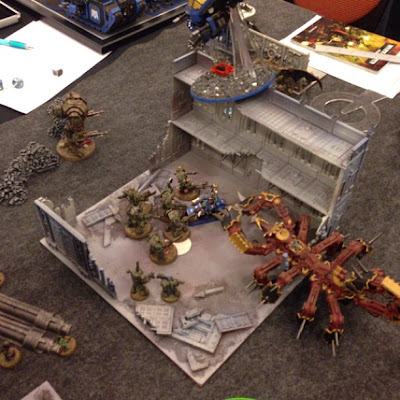 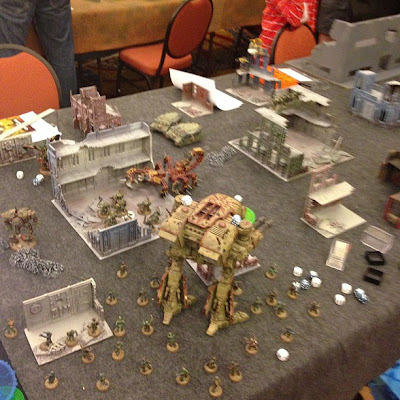 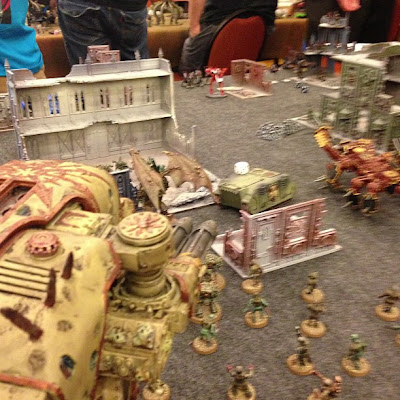 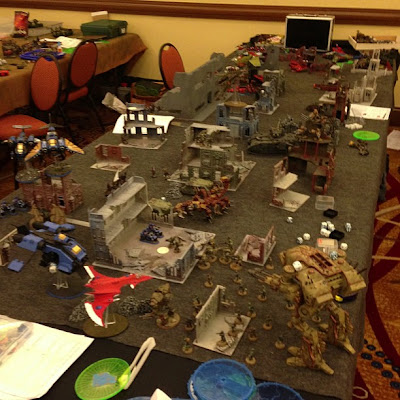