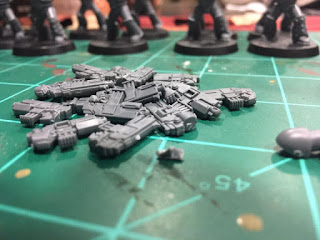 So after almost two years I'm back at it again.  No need to go into the reasons, though my hobby malaise has finally lifted, I think, and now I'm back in the saddle again.

What brought me back? Horus Heresy, in my absence, became much more affordable.   While I have zero interest in hopping back into the 40k scene, the 30k story and models have gotten a lot better and more affordable in the last few years.  Other than being really confused about which books to pick up I'm really excited about the new plastics.  For not much more than a 40k army you can do a 30k one.   I had really wanted to get into the 30k scene a few years ago, by collecting the Forgeworld books for Horus Heresy though I never quite pulled the trigger on the models as what I wanted to do, a large infantry death guard army of MKII and MKIII marines was just more money than I wanted to spend.

So, what am I doing?

Well, I'm collecting the way I used to, when I was much younger.  I'm buying what's cool to me and I'm going to make a list later.  Part of it is I'm not being competitive about it.  The 40k scene in the Bay Area is mostly folks wanting to compete and I'm more into the hobby, collecting, and narrative game play.  I really just want to meet some cool people, ogle great models, and roll some dice.

So far I've collected two of the Battle of Calth sets and two of the Burning of Prospero sets on order.  I'm planning on doing a ton of infantry and terminators. I'm also planning on ordering some vehicles from Forgeworld soon, especially with that nice exchange rate, and seeing where I go from there.

My plan for painting is to try the Forgeworld guide, though I'm using Krylon white and I'll pick up an alternative medium. 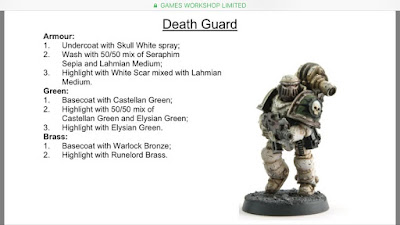 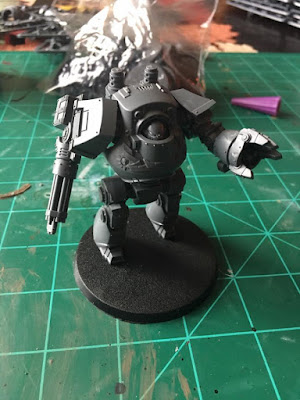 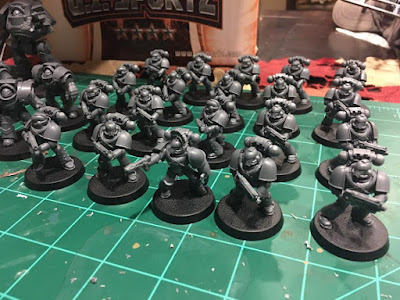 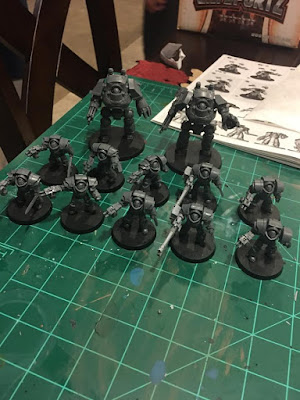