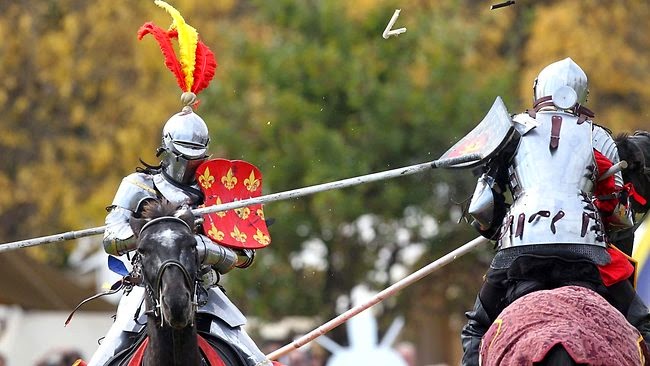 On Sunday, my last event of Celesticon, was an large Imperial Knight only event.  The event was billed as a Grand Melee where Knights would face off in joust like style events.   Having played both regular 40k and non-traditional games I can easily say this was one of the most fun games I've played in a long time.

We started by dueling in some one on one matches, and then ended up battling in a team game to decide the victor.  I ended up losing my first match, and then winning my second two, putting me as captain of the B squad.  The large team game was a blast, with it going to the wire with me finishing off the last knight on the opposing team only to have it detonate and take out my knight as well.  Our team still one, even if my knight bit the bullet. 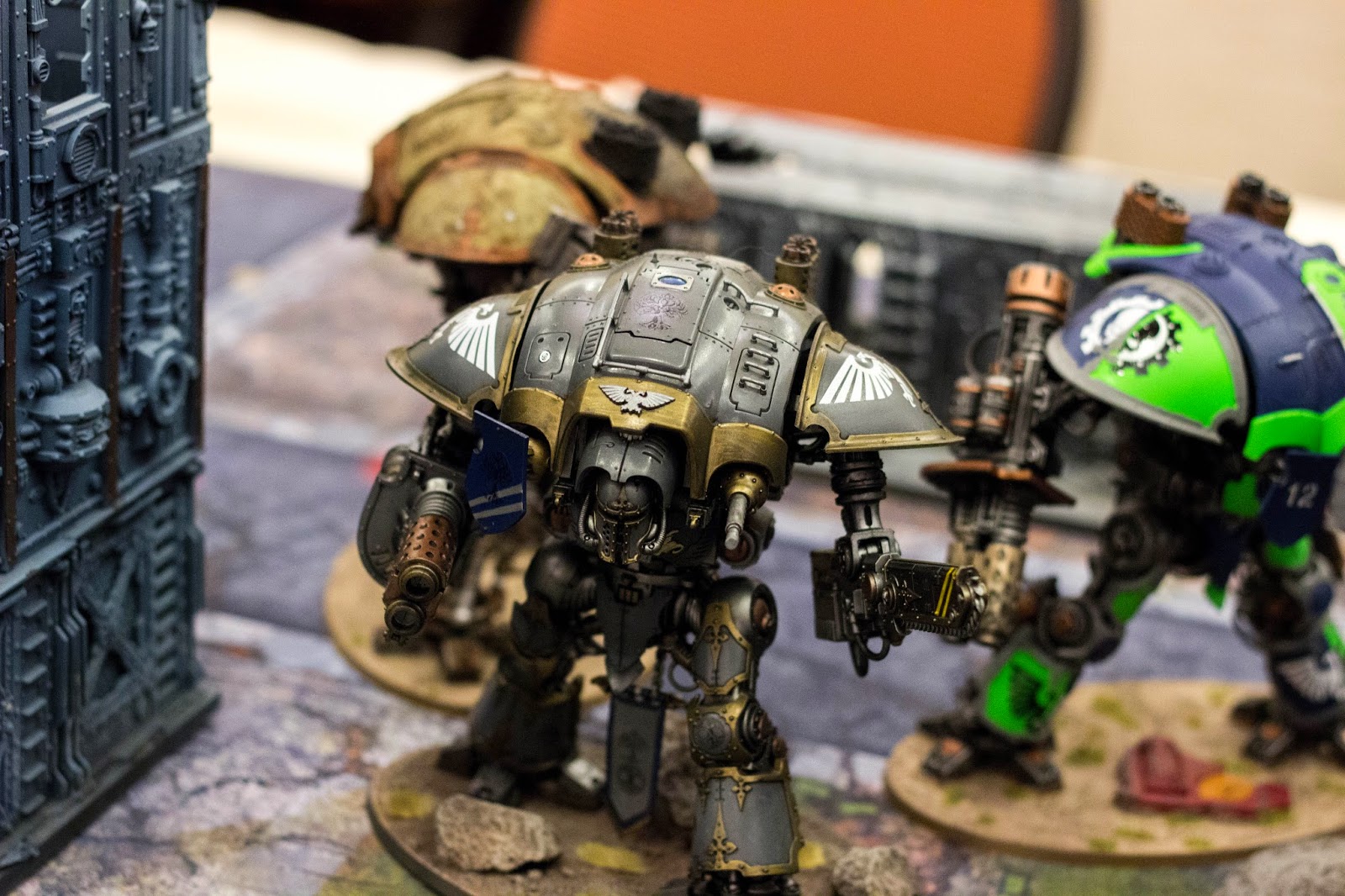 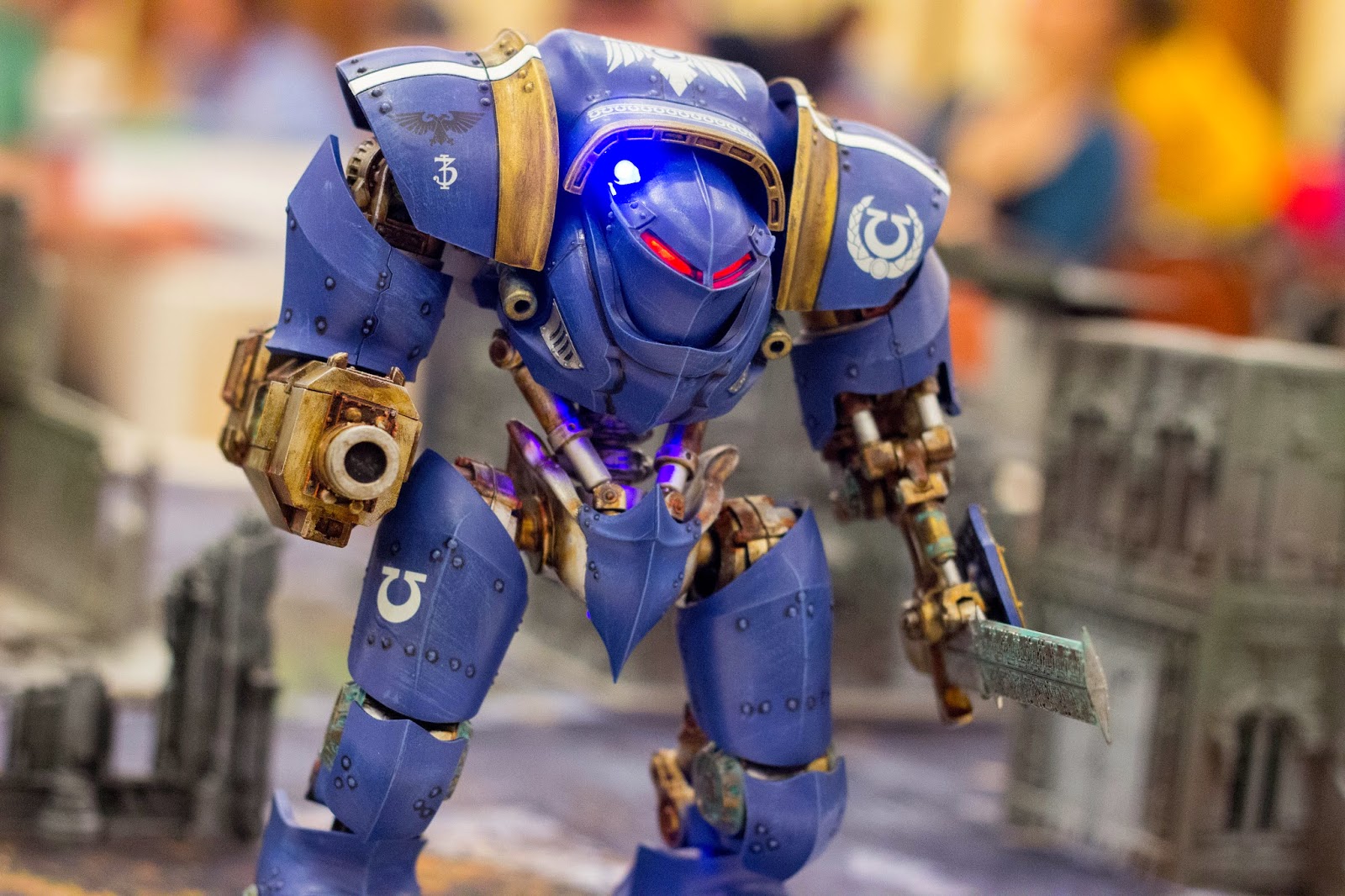 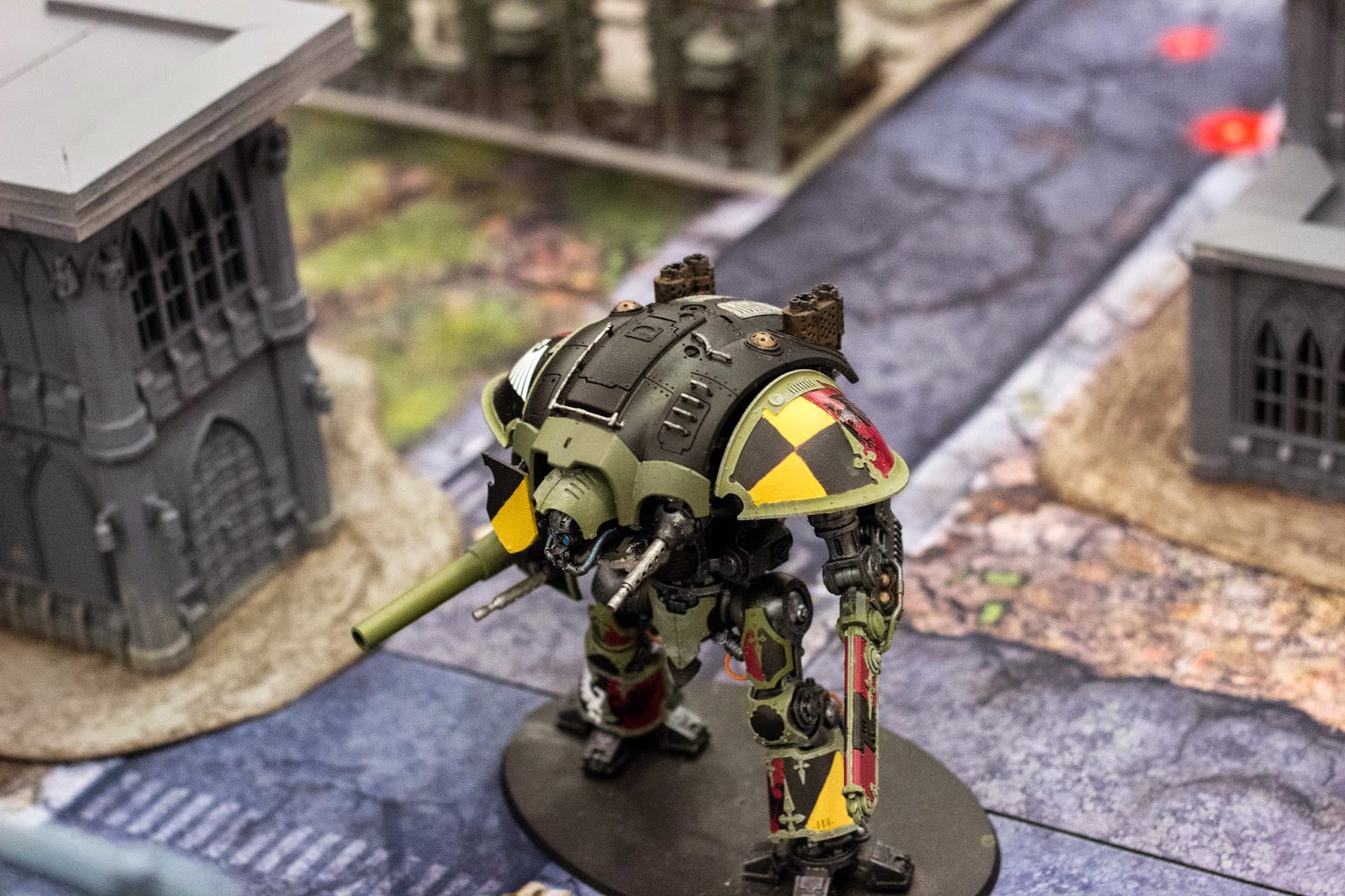 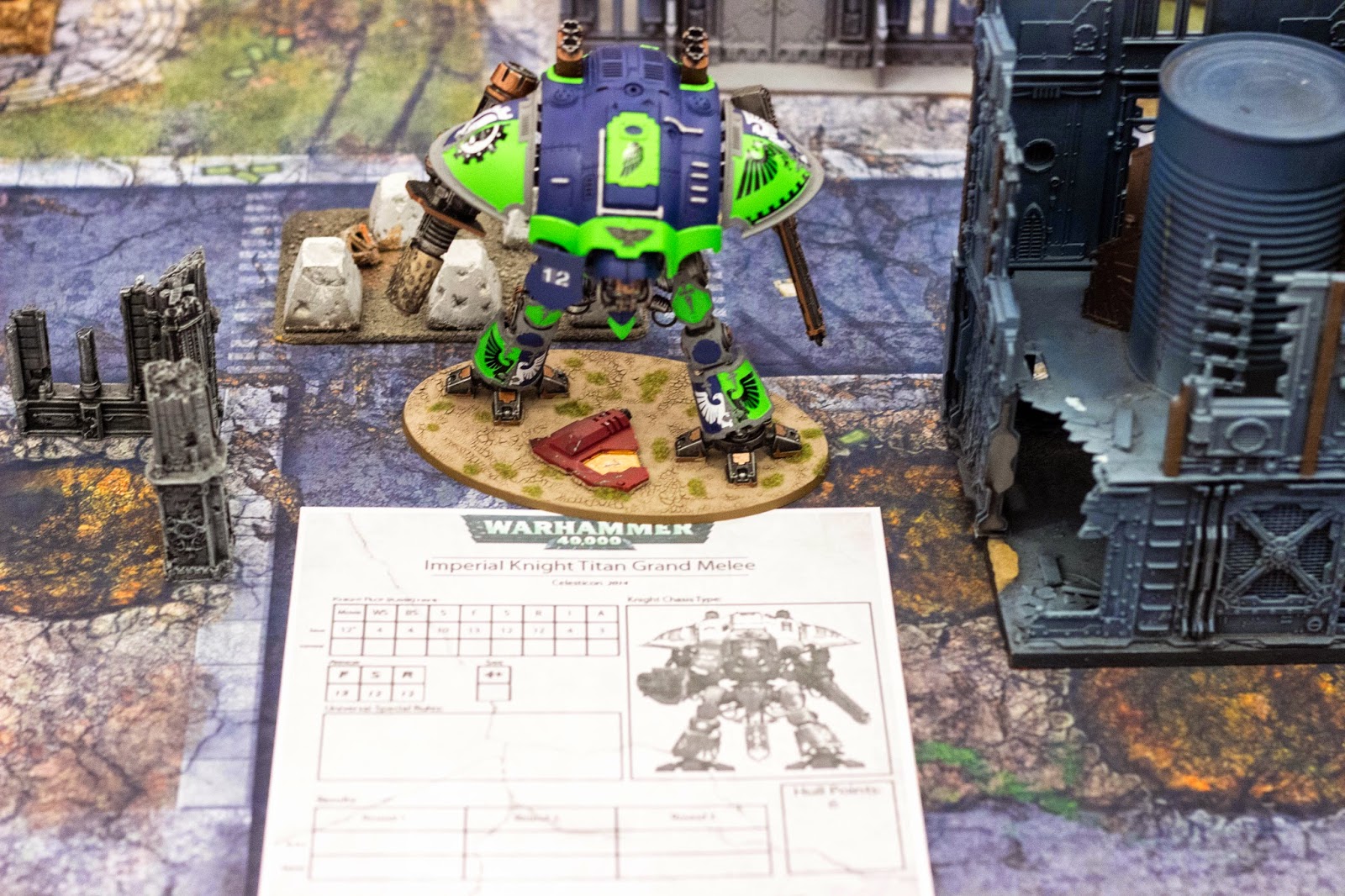 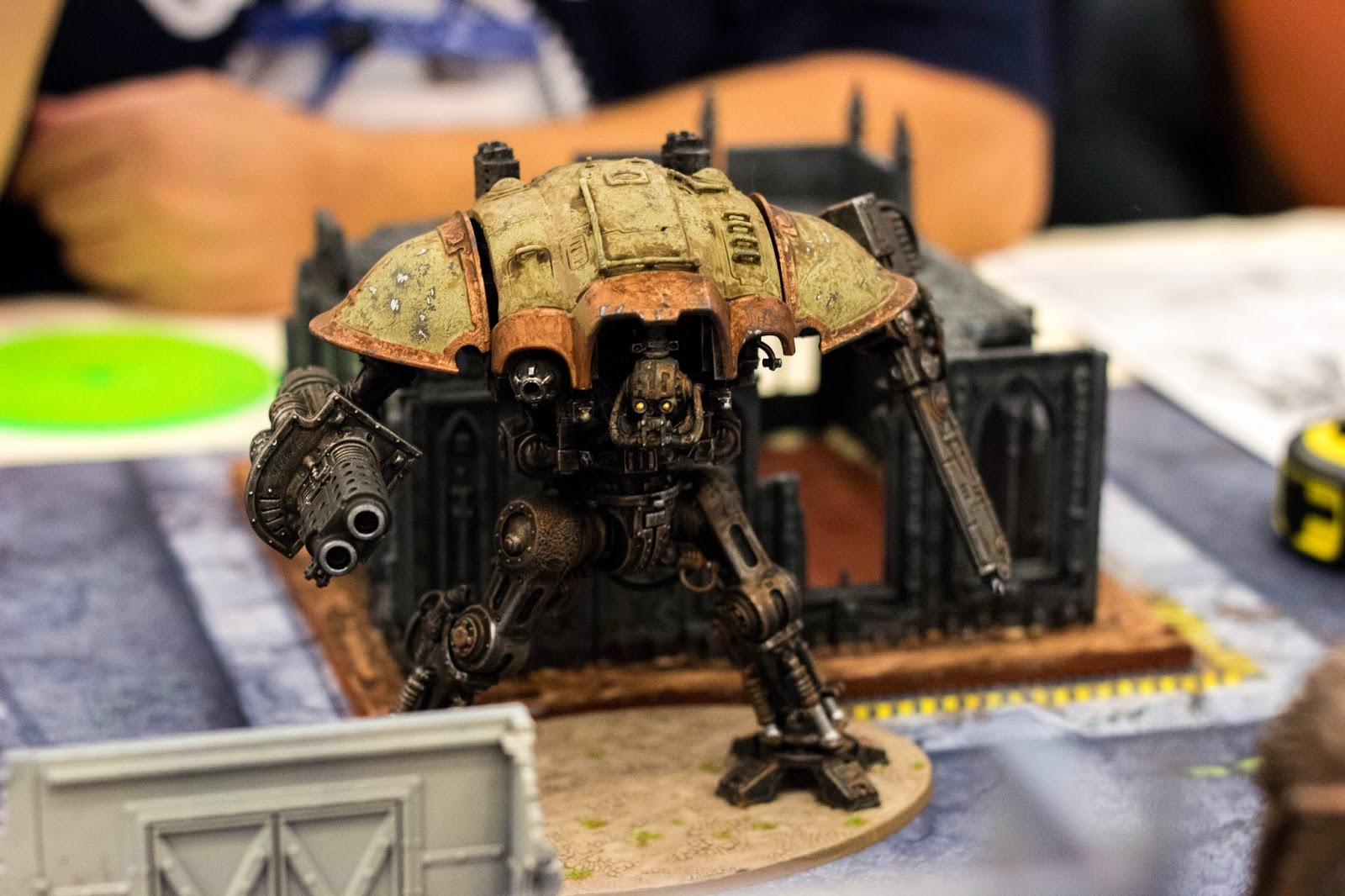 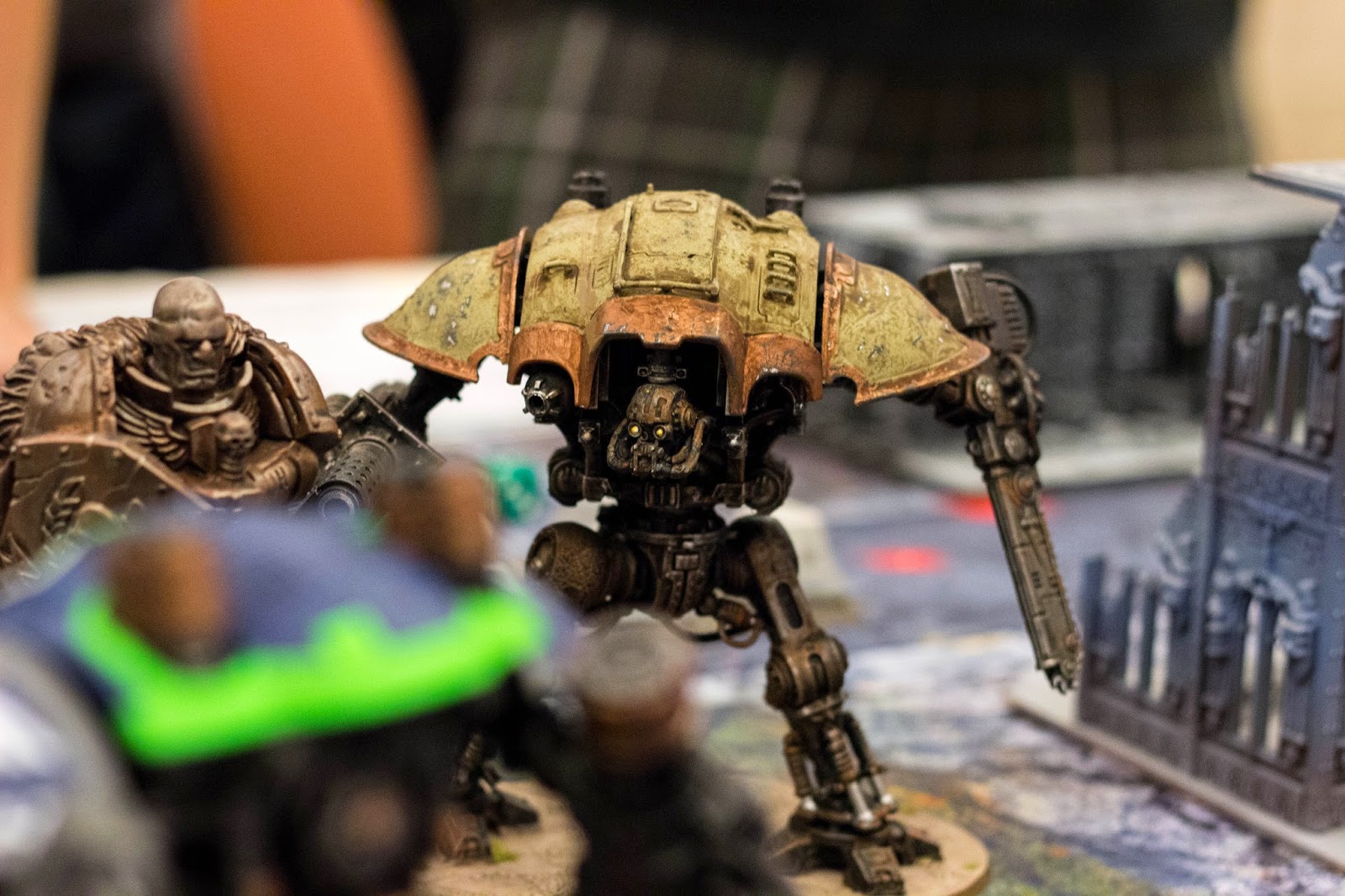 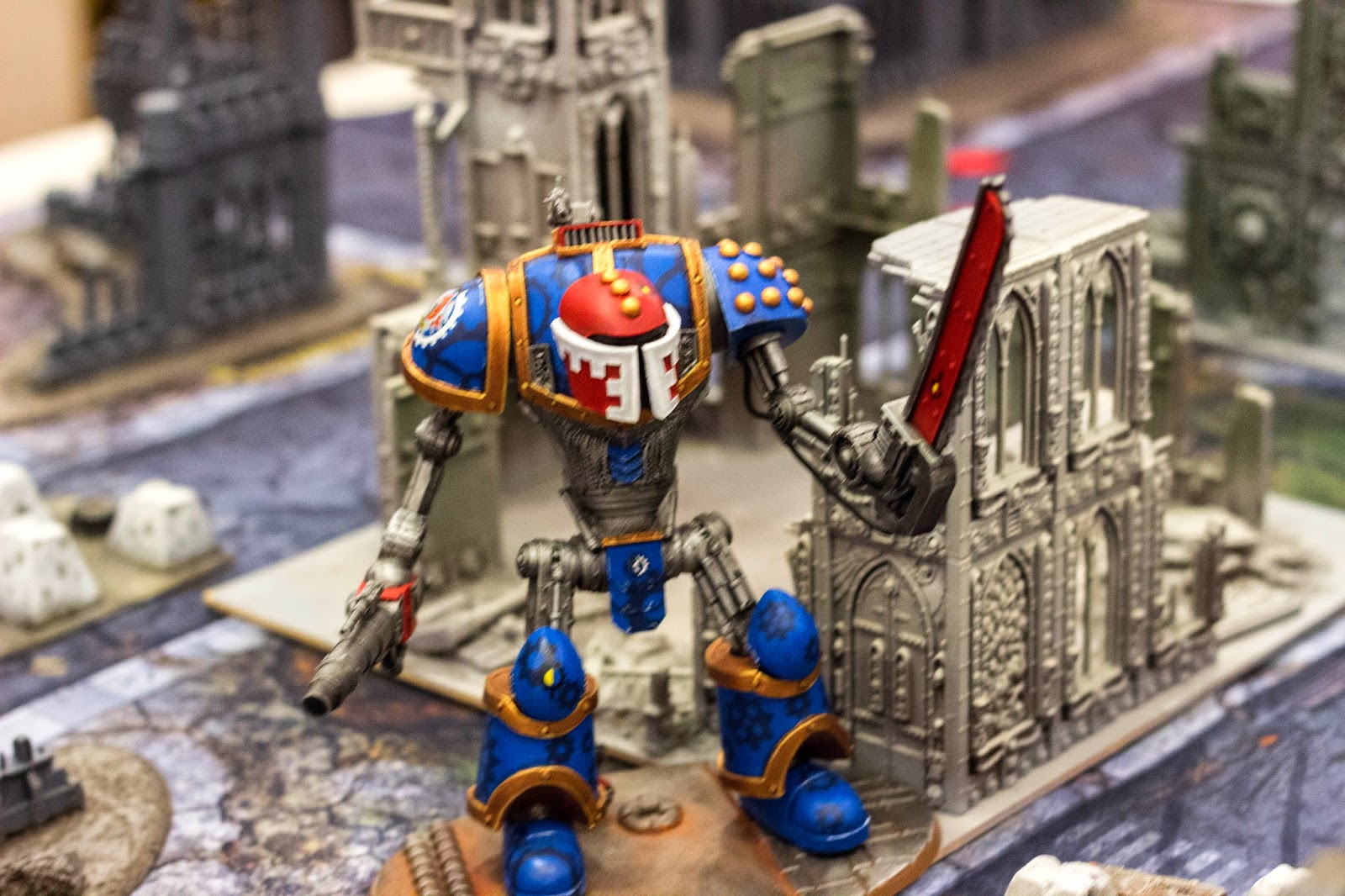 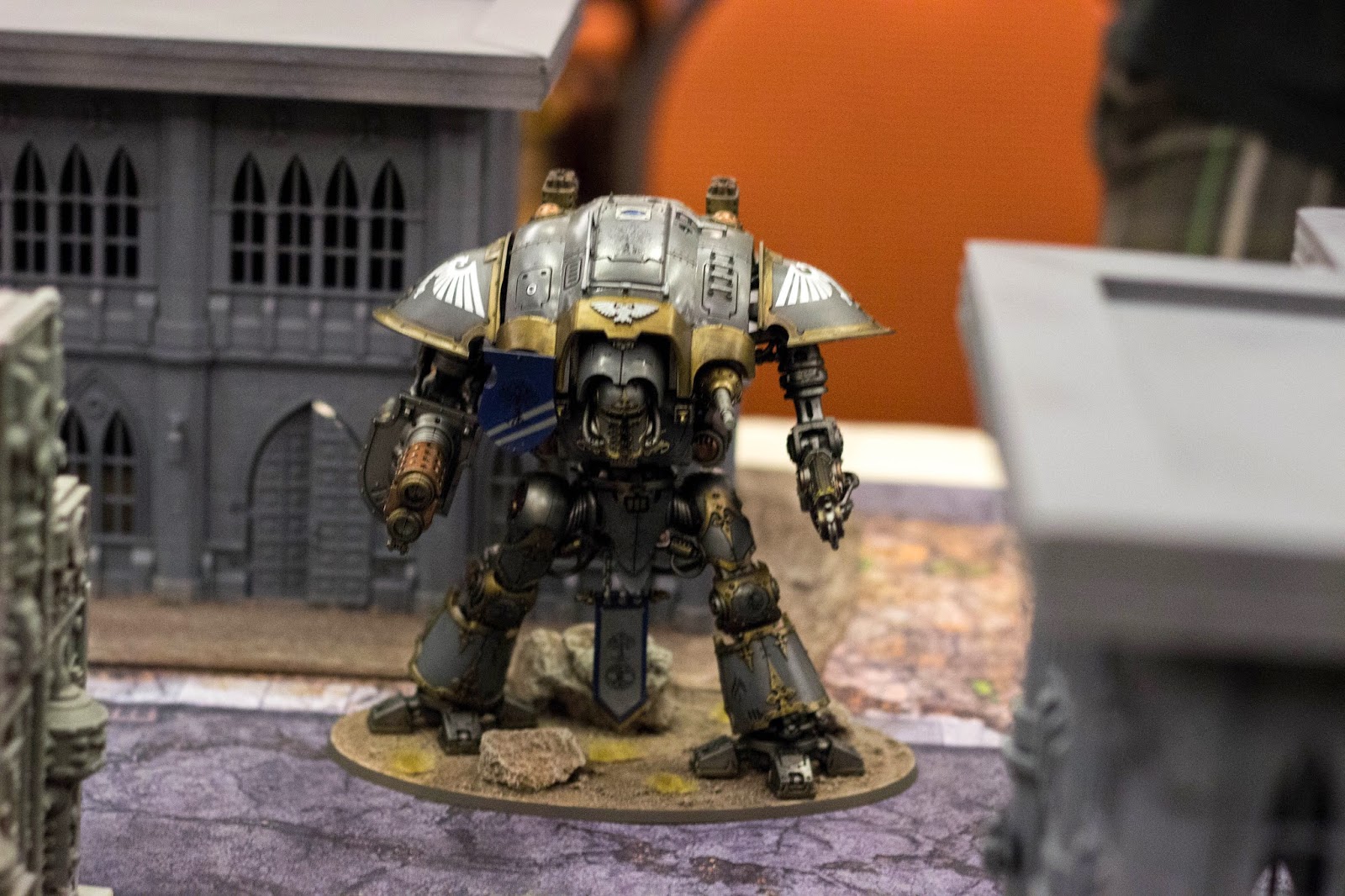 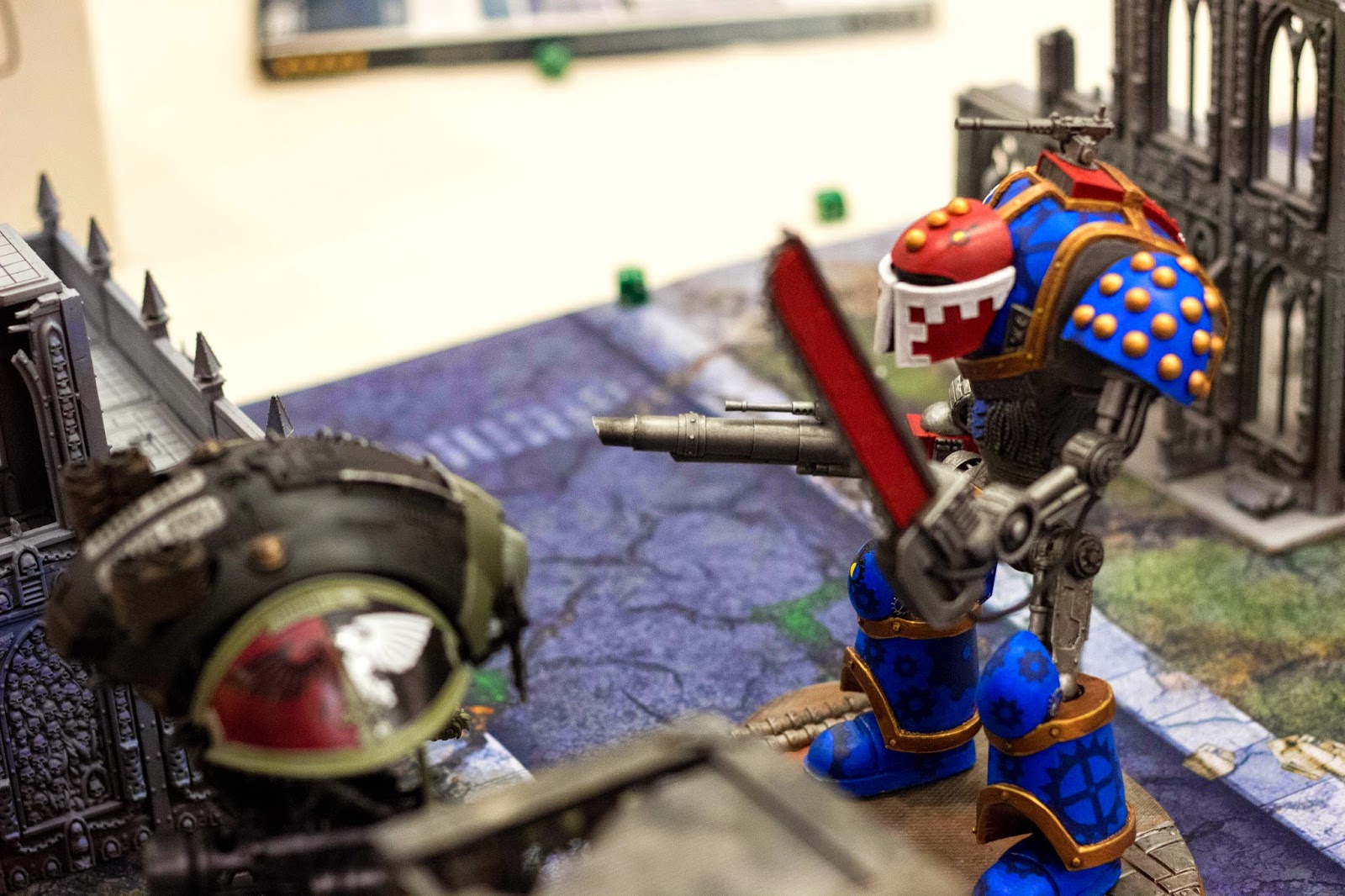 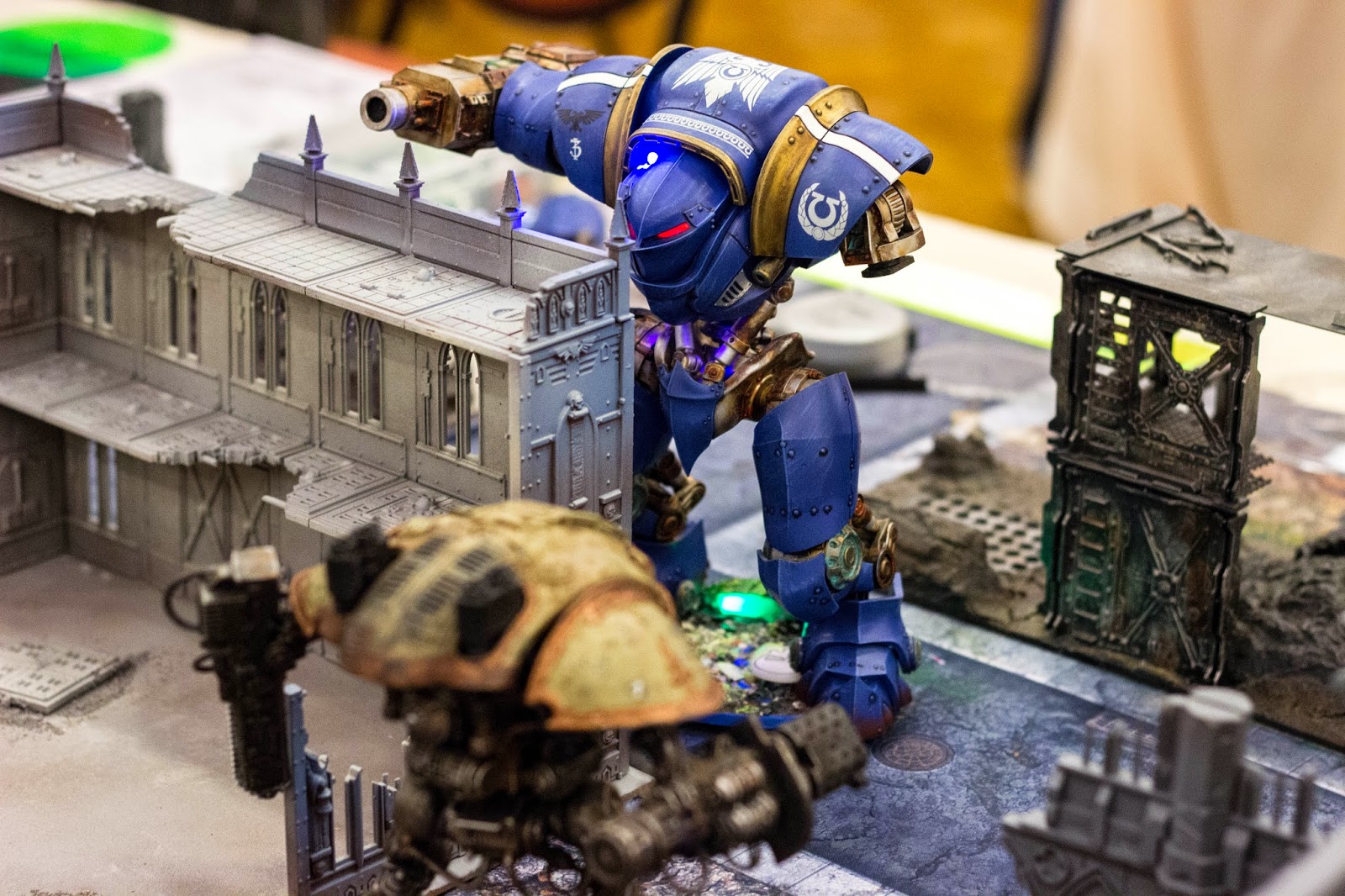 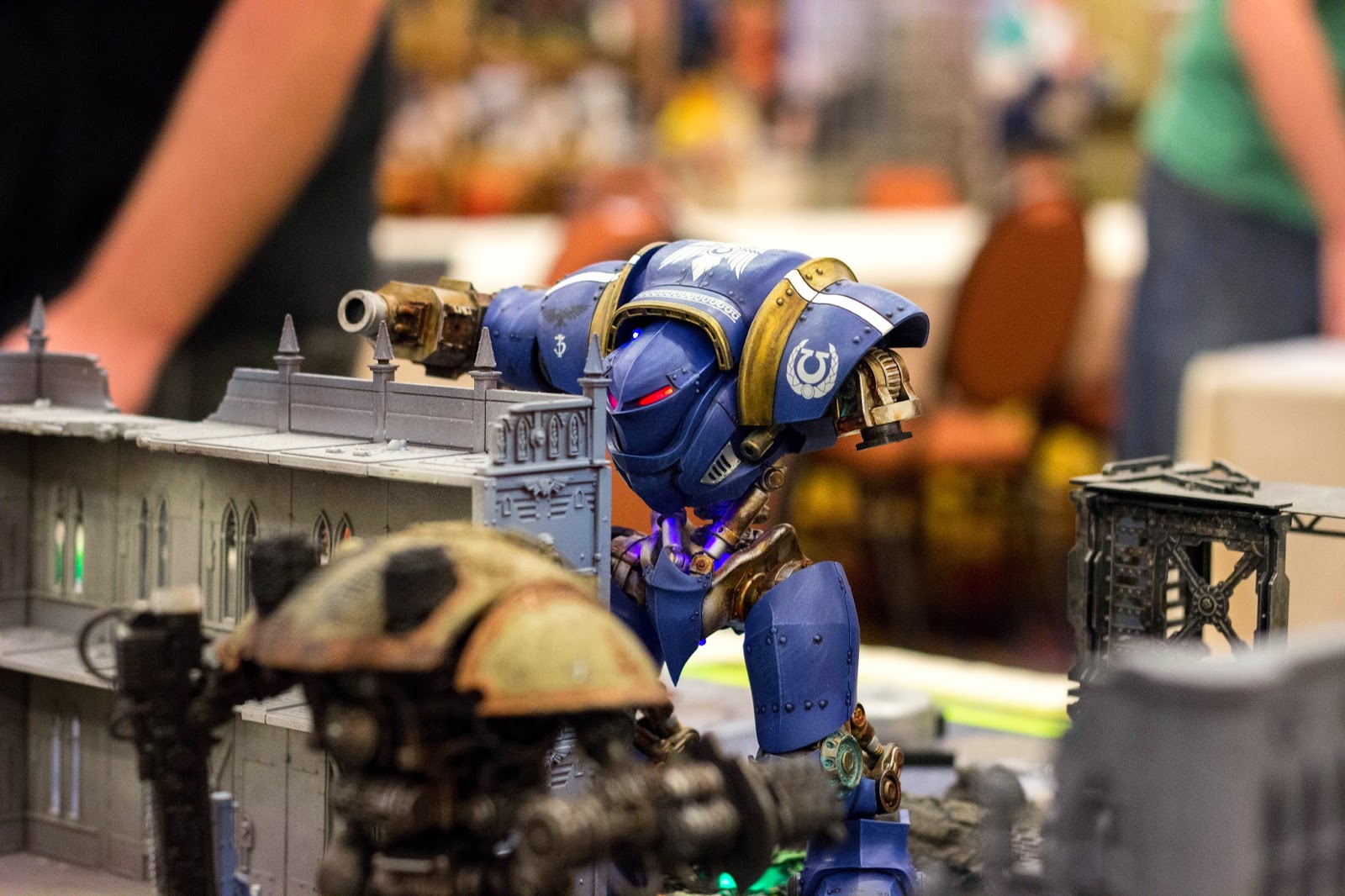 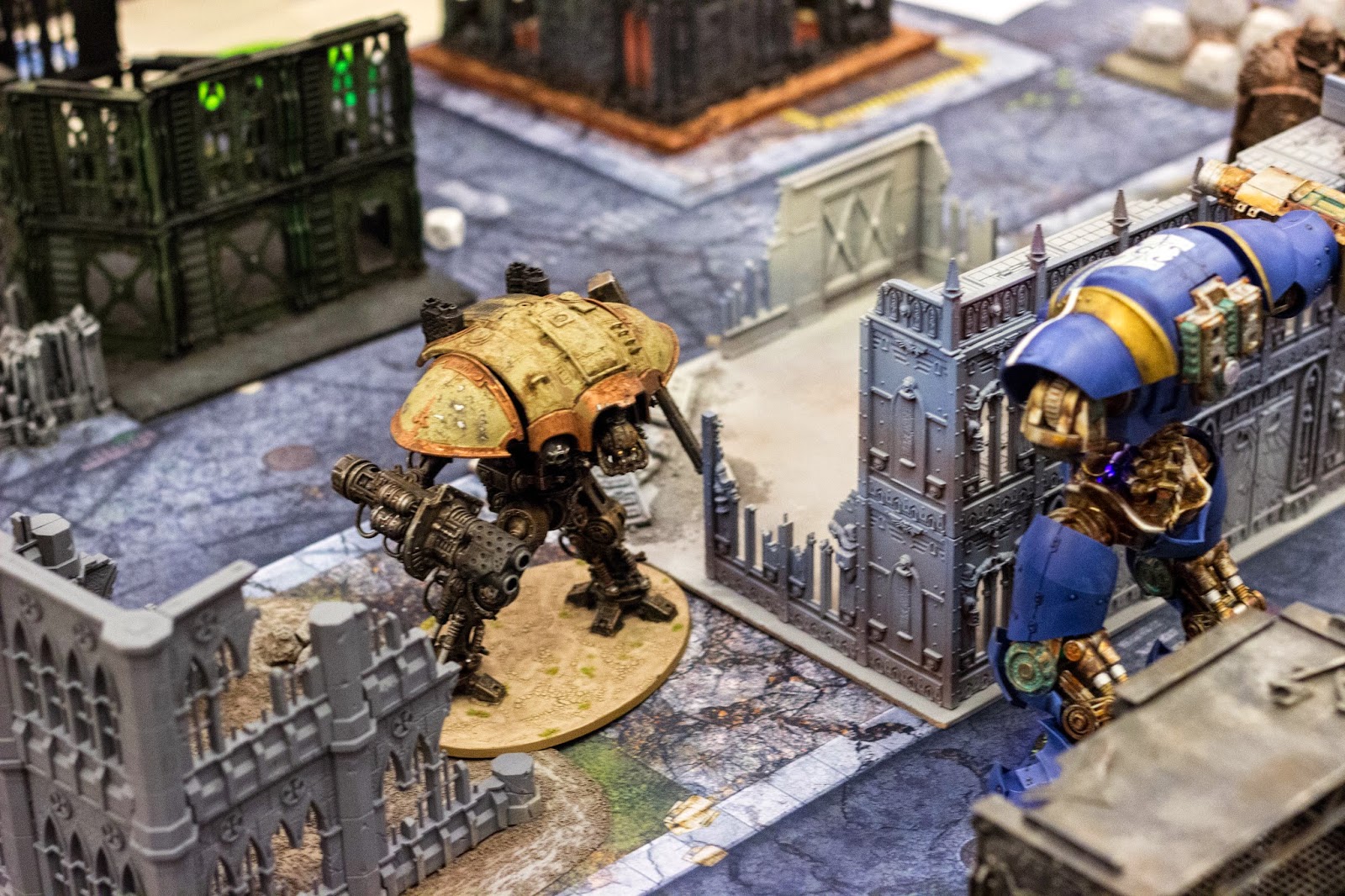 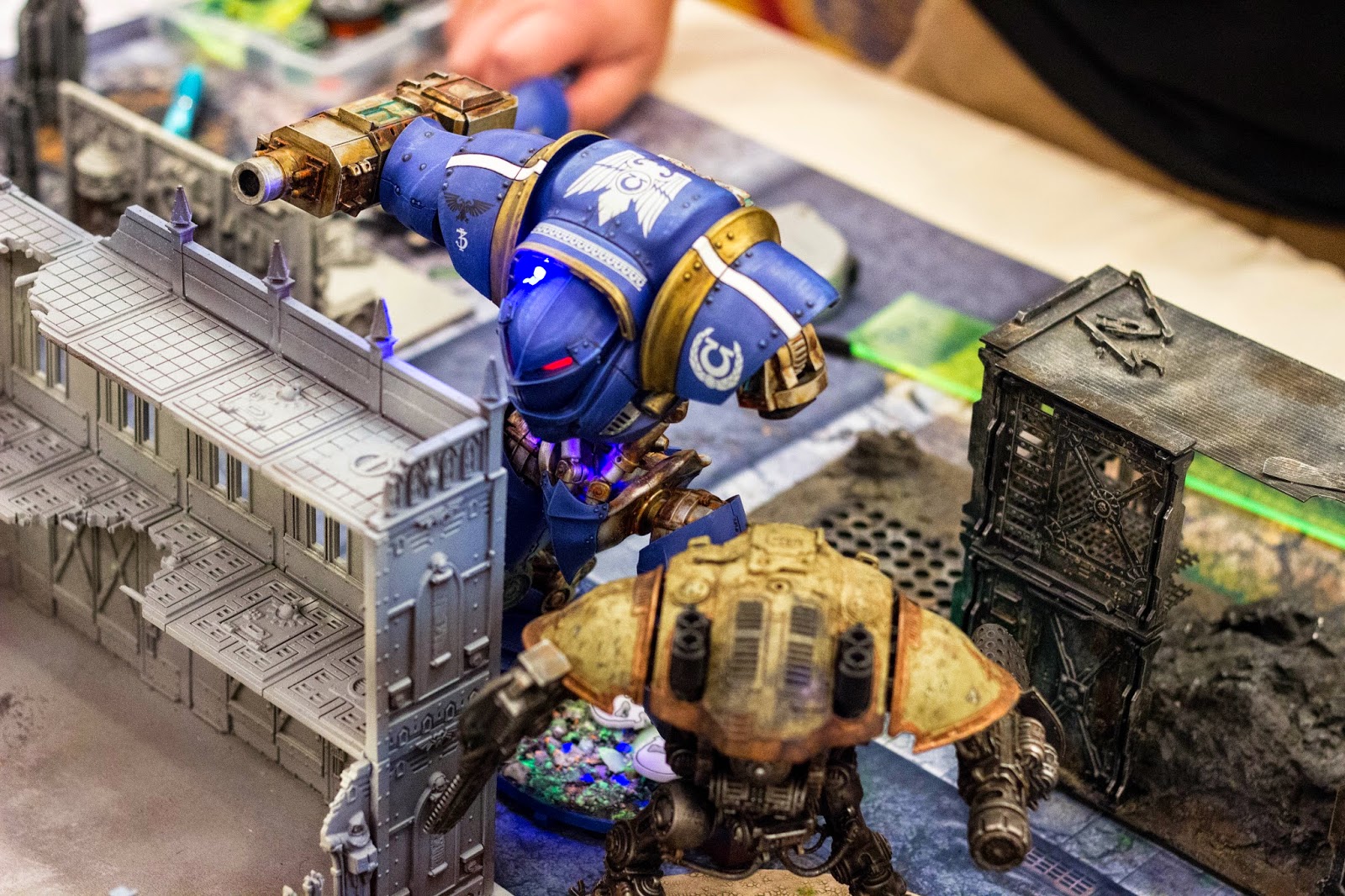 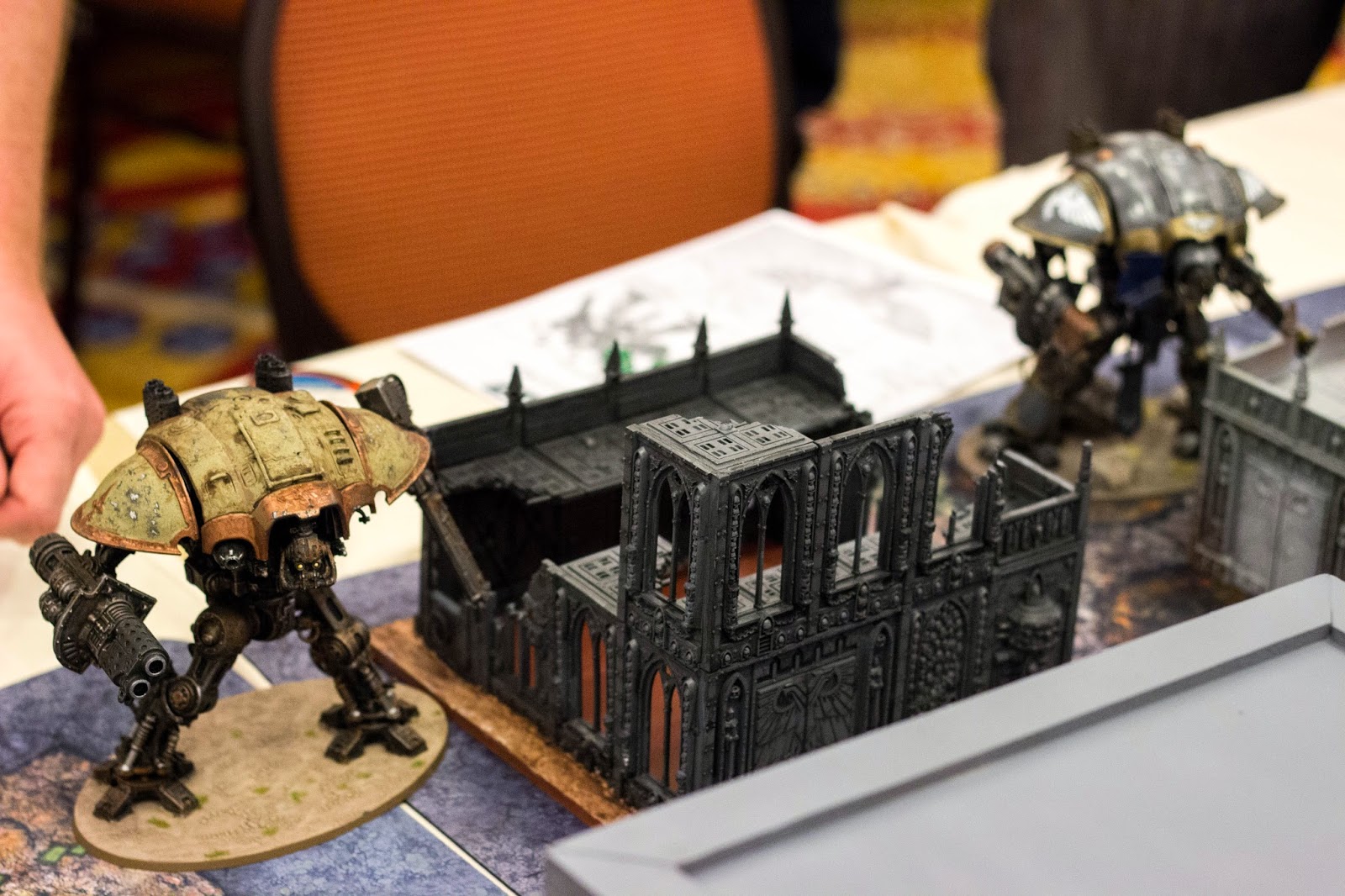 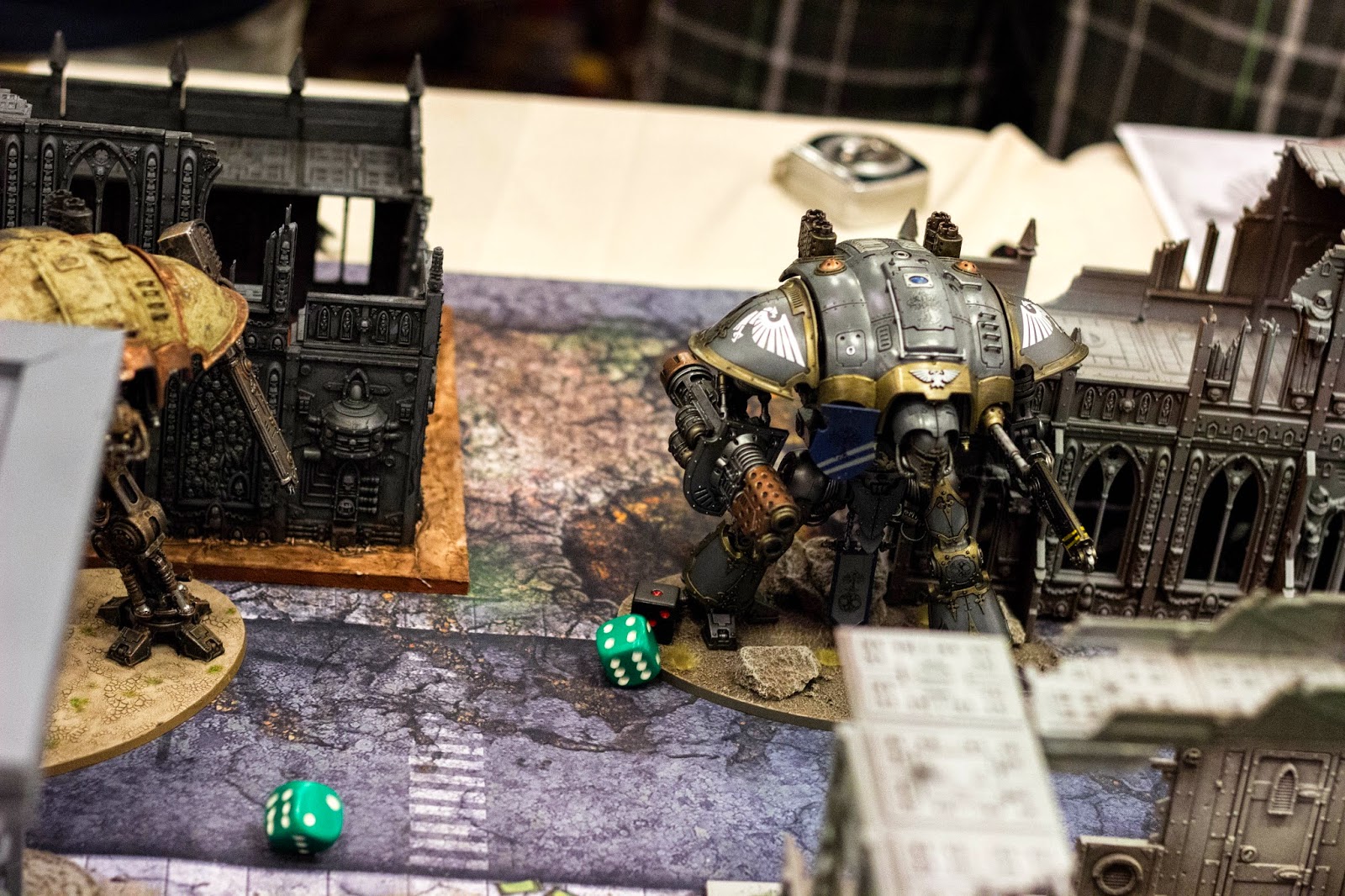 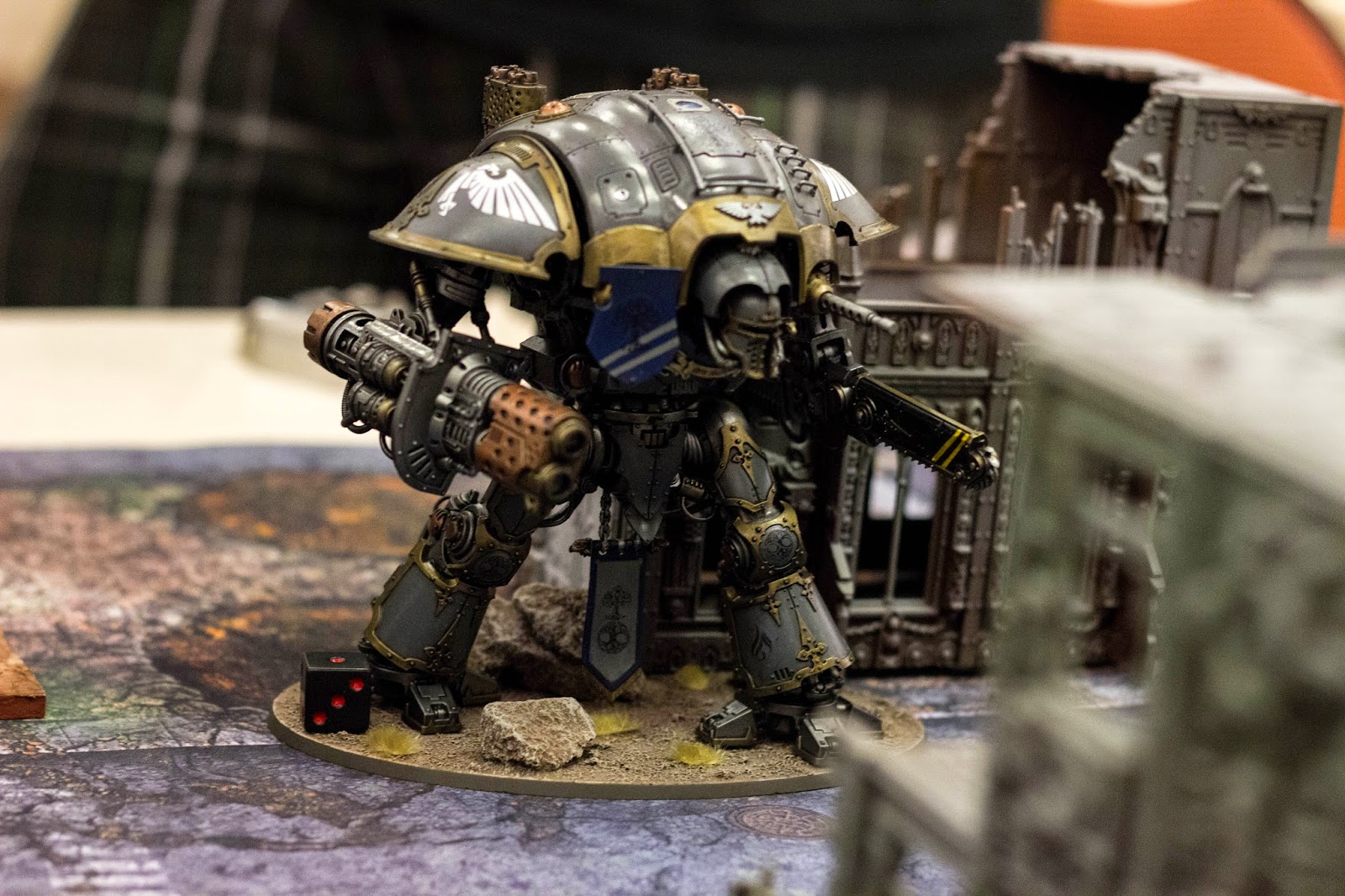 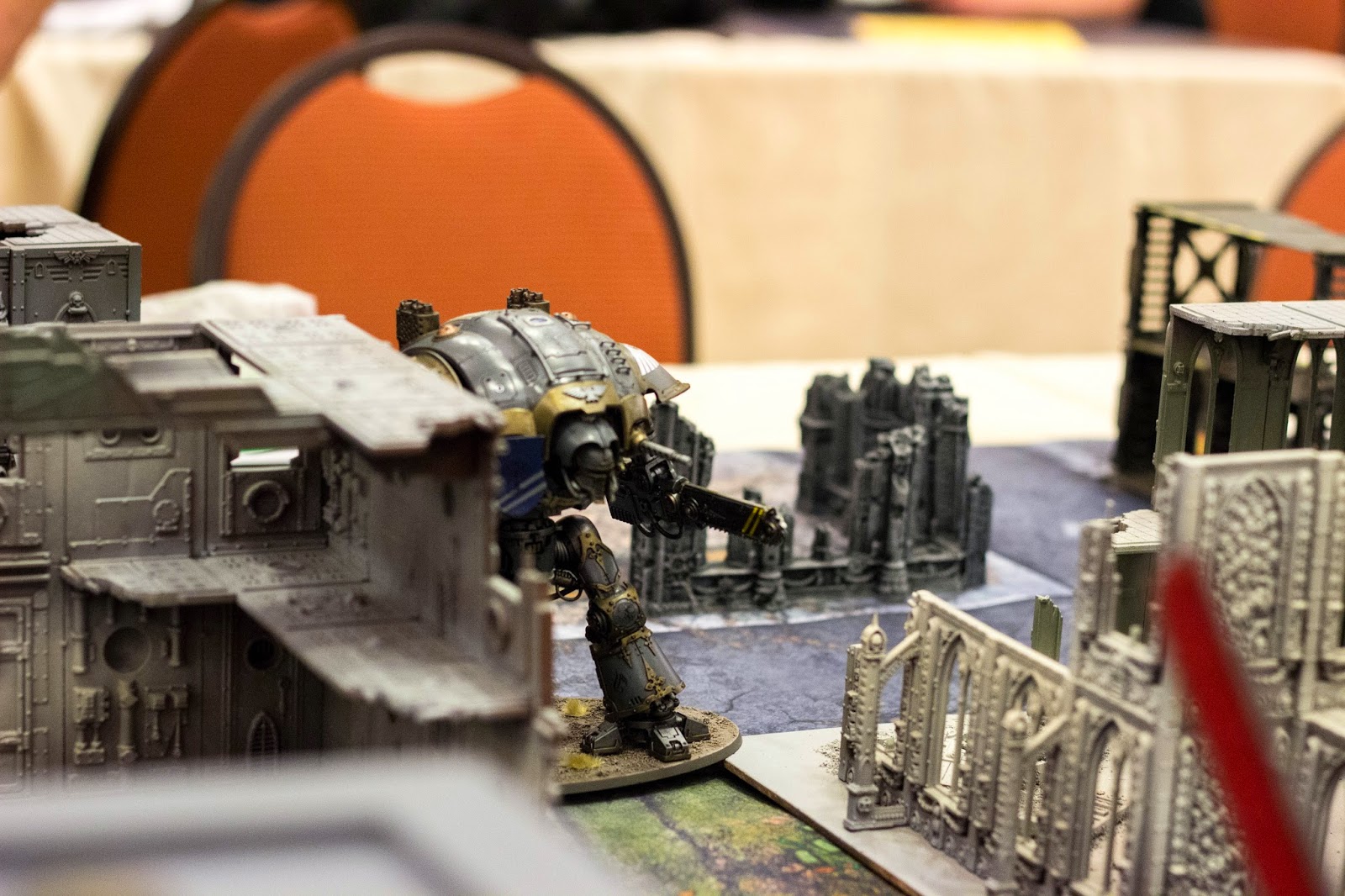 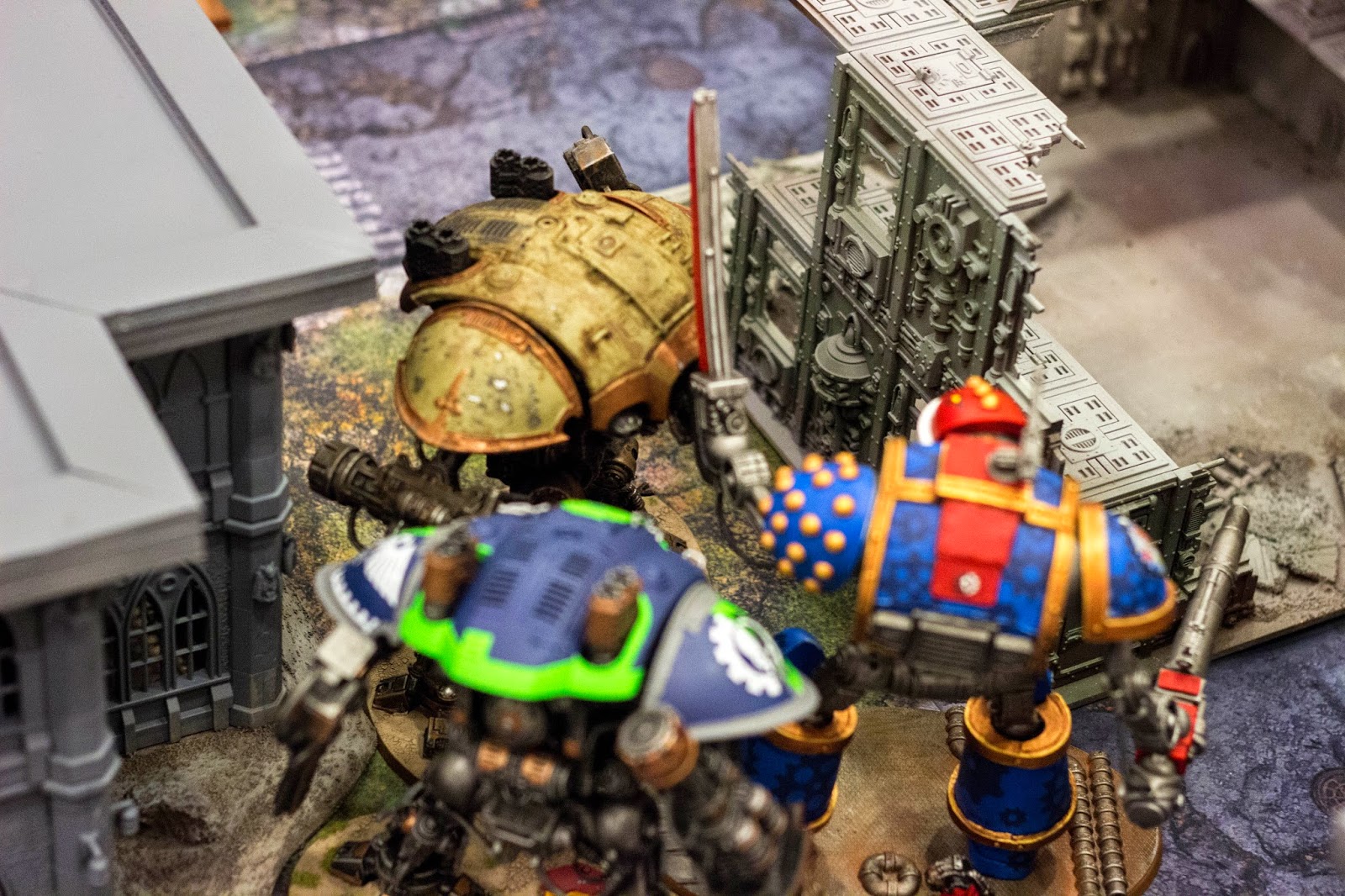 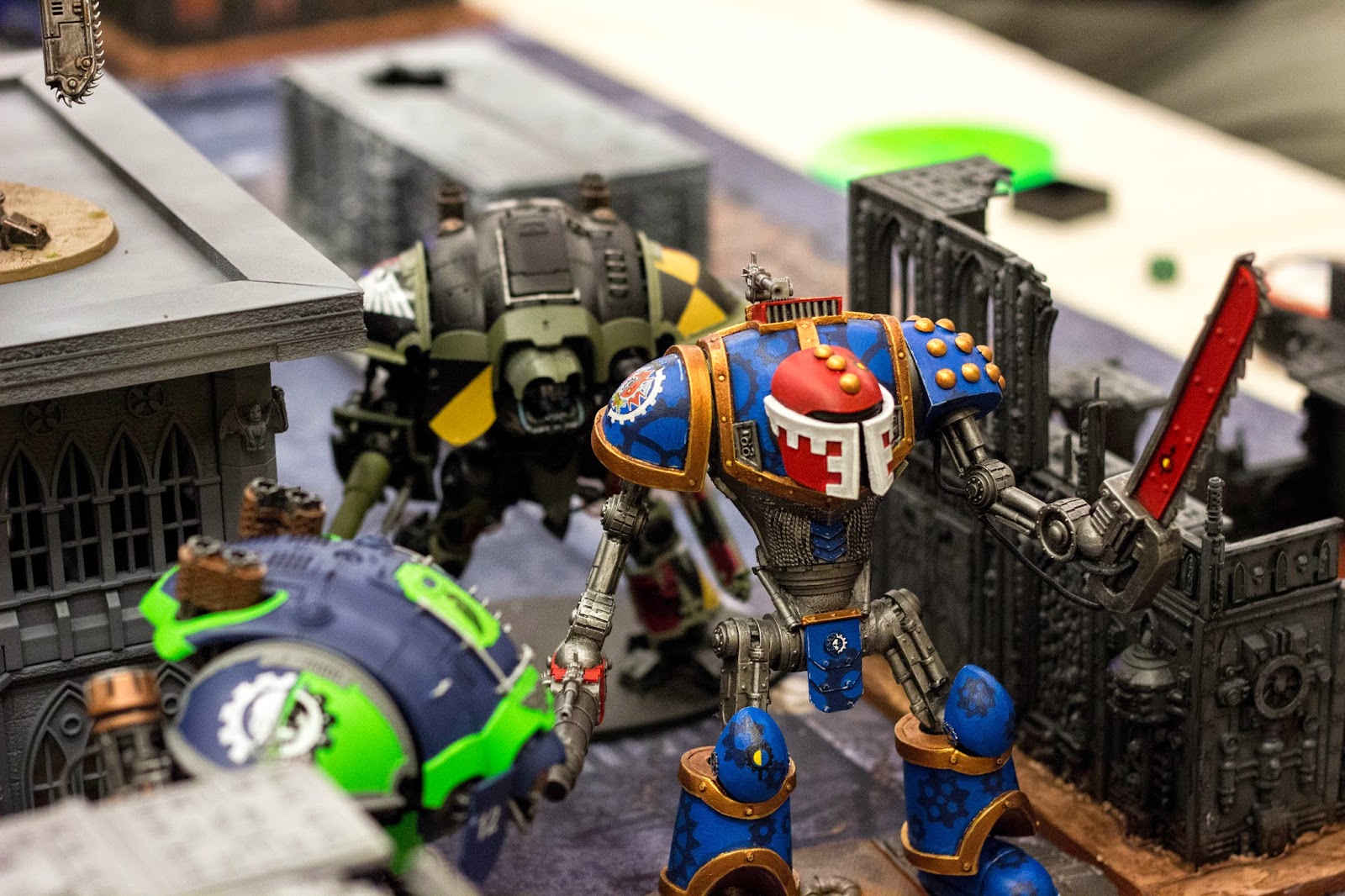 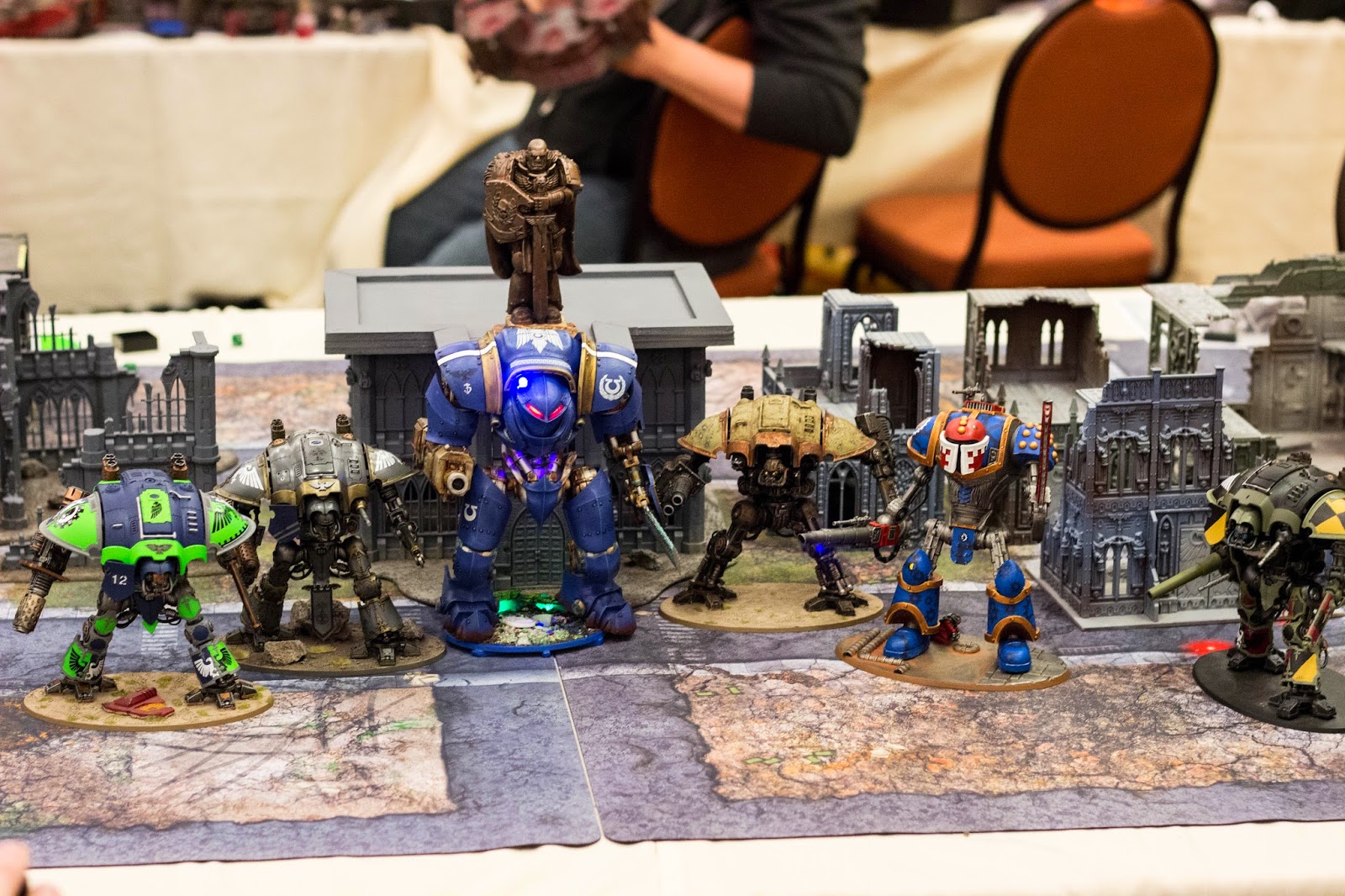 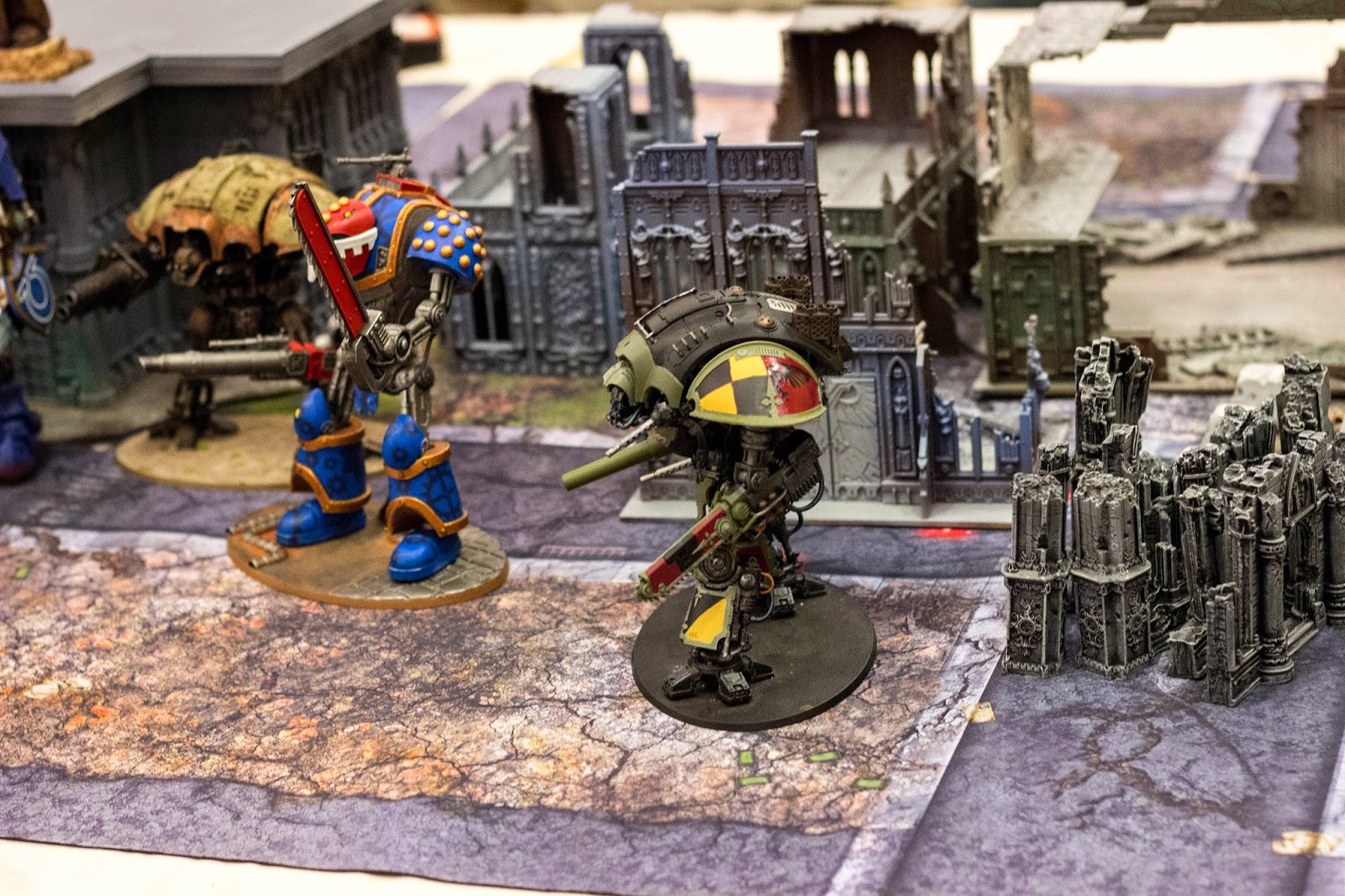 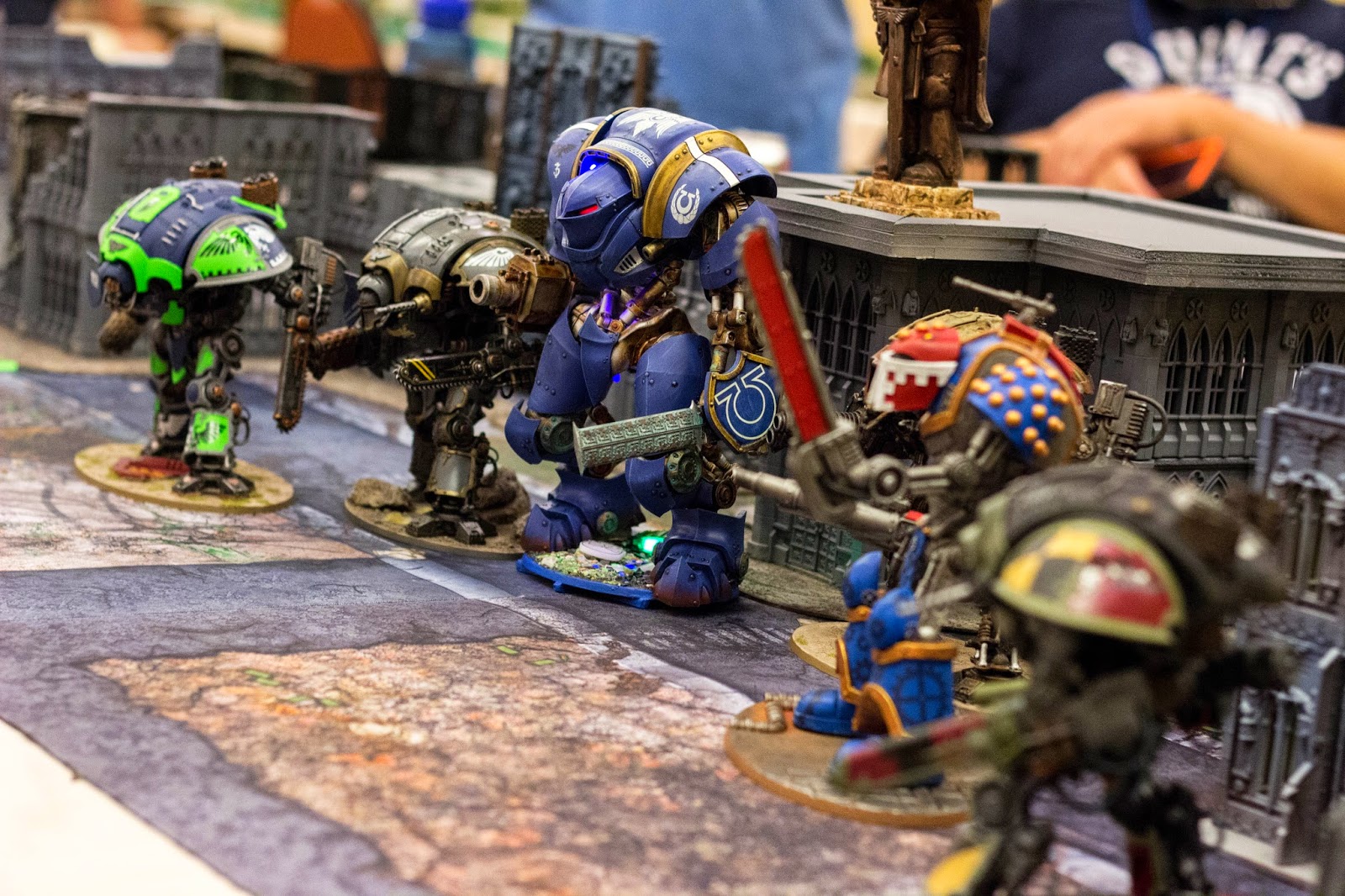